Humane Force-free Training and Behavioural Modification for Dogs and Cats 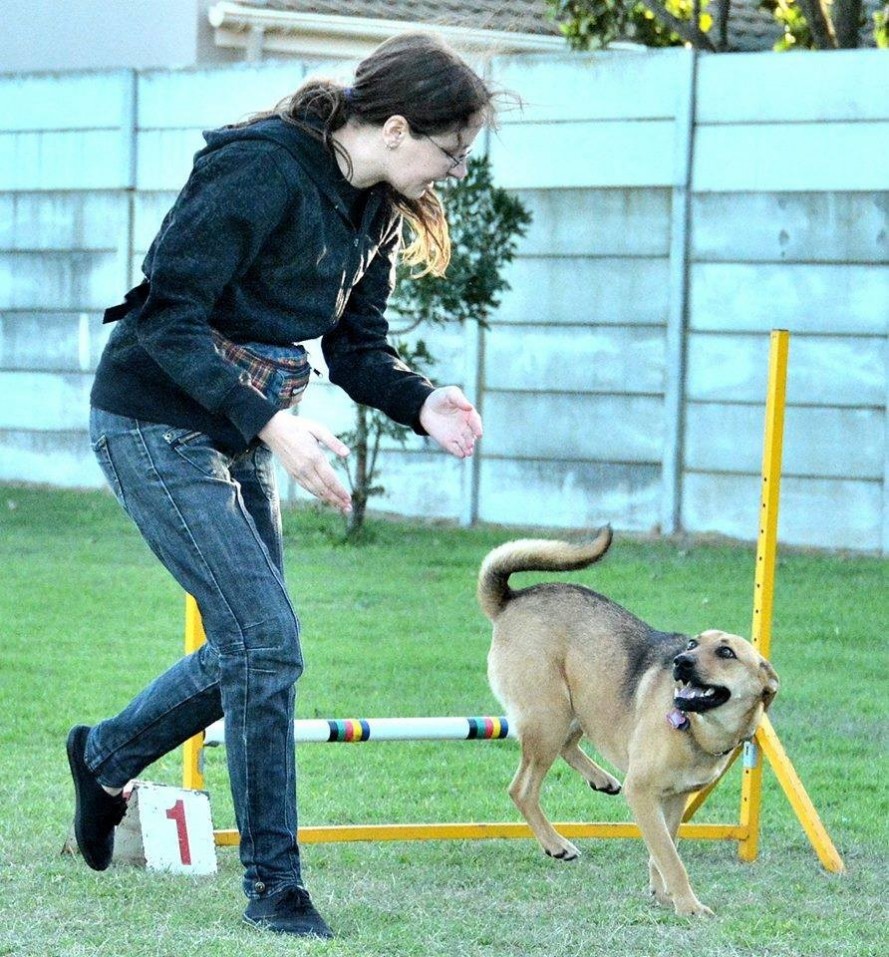 My name is Michele Christians. I've always had an intense passion for animals and from a young age, have wanted to work with them. I've always enjoyed a strong bond with various animals, from dogs to rats to cats to horses.

My goal of working within an animal-related industry was realised a few years ago, when I was hired as an afterhours receptionist for one of the largest veterinary practices in Cape Town. A few years after starting with the practice, I enrolled with COAPE SA and completed their C01: Dogwise Stage 1 course. I hold a certificate in Companion Animal Behaviour, thus certifying myself as a dog trainer.
In 2018, I completed my Diploma in Companion Animal Behaviour and Training through COAPE SA, thus qualifying as a Behavioural Consultant for dogs and cats

I have experience training dogs, cats, rats and horses.

I own an Africanis mix named Tahlly (pictured here doing agility with me), and a Lurcher named Sven.

My main method of training is known as operant conditioning or clicker training. Operant conditioning has been studied extensively and has been proven to be the most effective, efficient and humane way to train animals. It works by allowing the animal to make a connection between his actions and the resulting consequences. For example, your dog can learn that sitting when people arrive means he gets greeted too, but jumping up doesn't get any attention.
Operant conditioning is suitable for training all vertebrates and a few invertebrate species too! It allows animals to problem-solve, builds confidence and encourages creativity, while having minimal negative fallout. If the animal gets the task correct, he gets rewarded. if he gets it wrong, nothing bad happens and he'll allowed to try again.

Because operant conditioning offers feedback as to if the animal is succeeding at the task, it allows for quick learning, and lets the animal know if they're on the right track to getting rewarded.

I don't employ any aversive methods in my training. By aversive, I mean anything that the animal may find scary, painful or unpleasant. Training has come a long way in recent decades and there is ample scientific evidence supporting the fact that training with punitive methods can have severe psychological implications, such as depression, shutting down (where the animal stops offering new behaviours) or even escalating aggression. Additionally, many methods involve physically manipulating the animal, which doesn't allow the animal to figure out by himself, what is being asked of him, and in some instances these methods pose health risks too.

I primarily use food rewards, but also make use of toys, physical affection and environmental rewards, depending on what your pet values and enjoys.

If you'd like further information on my training or behavioural modifcation methods, please feel free to pop me an email with any questions.